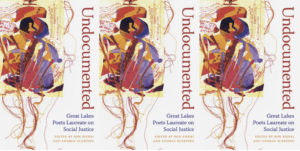 Fred Wah studied music and English literature at the University of British Columbia in the early 1960’s where he was one of the founding editors of the poetry newsletter TISH. After many years of teaching in the West Kootenays and at the University of Calgary, he now lives in Vancouver. Diamond Grill (1996) is a biofiction about growing up in a small-town Chinese-Canadian café. High Muck a Muck: Playing Chinese, An Interactive Poem, is available online (http://highmuckamuck.ca/). Some of his collaborations with visual artists were published in Sentenced to Light (2008). Recent books are is a door (2009), Scree: The Collected Earlier Poems 1962-1991, and beholden: a poem as long as the river, a collaboration with Rita Wong (2018).

George Bowering, Canada’s first Poet Laureate, was born in the Okanagan Valley. After serving as an aerial photographer in the Royal Canadian Air Force, Bowering earned a BA in English and an MA in history at the University of British Columbia, where he became one of the co-founders of the avant-garde poetry magazine TISH. He has taught literature at the University of Calgary, the University of Western Ontario, and Simon Fraser University, and he continues to act as a Canadian literary ambassador at international conferences and readings. A distinguished novelist, poet, editor, professor, historian, and tireless supporter of fellow writers, Bowering has authored more than eighty books, including works of poetry, fiction, autobiography, biography and youth fiction. His writing has also been translated into French, Spanish, Italian, German, Chinese, and Romanian. Bowering has twice won the Governor General’s Award, Canada’s top literary prize.