Online Book Launch: Nothing You Can Carry by Susan Alexander

Missed the event? Watch it here

Pre-order a book from Massy Books, and receive a signed copy!
Click here to order.

Nothing You Can Carry  is rooted in a keen, even holy, sense of place within the natural world. Today that place is haunted by anxiety over a precarious present and a darker future. These poems take an honest, sometimes ironic and sometimes broken-hearted look at how the self and society are implicated in our climate crisis and the systemic complexities surrounding it. Yet life goes on. The collection moves through environmental fears and spills into all the areas that absorb the self – memory, story, family, love. These poems are vivid and vulnerable, humorous and emotional. They summon the deeper mysteries of being human in a world that is increasingly separate from the sacred.

Alexander’s poetry is specific, local, and universal at the same time. Her images are powerful and her language honed to the elemental common denominators of land, water, and sky, and the natural forces that exist in these elements.

Susan Alexander is the author of two collections of poems, Nothing You Can Carry, 2020 and The Dance Floor Tilts, 2017, Thistledown Press. Her work received the 2019 Mitchell Prize for Faith and Poetry as well as the Vancouver Writers Fest and Short Grain awards. Writer Chelene Knight describes this new book as a “luxurious, melodic dance to the loudest sounds that come in the quietest of moments.” Susan’s work has appeared in anthologies and literary magazines in Canada and the U.K., ridden Vancouver busses as part of Poetry in Transit and even shown up in the woods around Whistler. She lives and works on Nexwlélexm/Bowen Island which is the traditional and unceded territory of the Squamish people. 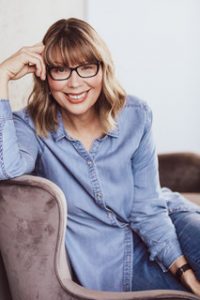 Le Ren, moniker of Montreal-based artist Lauren Spear, released her debut EP Morning & Melancholia this summer with prestigious record label, Secretly Canadian. She was introduced to US audiences last year when she opened for Orville Peck on his national tour. Lauren has studied folk and bluegrass going back to her early teens, partaking in workshops all over North America. Growing up on Nexwlélexm/Bowen Island, she was raised on the holy trinity of John Prine, Joni Mitchell and Bob Dylan. Their curious, deadpan and cosmic approach to life’s most brutal swipes feed Le Ren’s sensibilities, and her own lyrical couplets are as simply put as they are devastating. 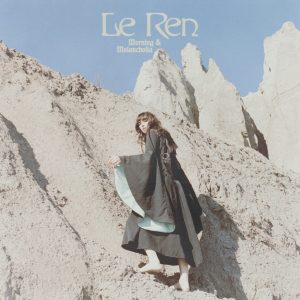 ———
Massy Books acknowledges we operate on the traditional, ancestral, unceded, and occupied territory of the xʷməθkʷəy̓əm (Musqueam), Sḵwx̱wú7mesh (Squamish), and sel̓íl̓witulh (Tsleil-Waututh) Nations.
Susan Alexander will be broadcasting from Nexwlélexm (Bowen Island), which is in the territory of the Sḵwx̱wú7mesh peoples.
Le Ren will be broadcasting from Tiohtià:ke (Montréal), the land of the Kanien’kehá:ka Nation.
———
ZOOM INFO